Smart Buildings are an (IT)integrator story

The Flow Technologies Assignment for The Flow Houthavens Amsterdam:

Manage the climate anywhere in the building from an app in a Realtime manner, make sure the data is stored, made personal and can be reused in future. Create a partner landscape for the setup and the management of this environment.

Just a side note..

Coming from the IT industry (active since 1989 and continuously adapting ever since) I’ve become a living example of undergoing the Gartner hype cycle with every IT Technology trend development I’ve been part of or worked with since the late 1980’s.

Basically this cycle which I will not explain here can be mapped over “easy” new implementation statements versus reality of implementation/execution and thus applicable too for something as “easy” as managing climate from an app: 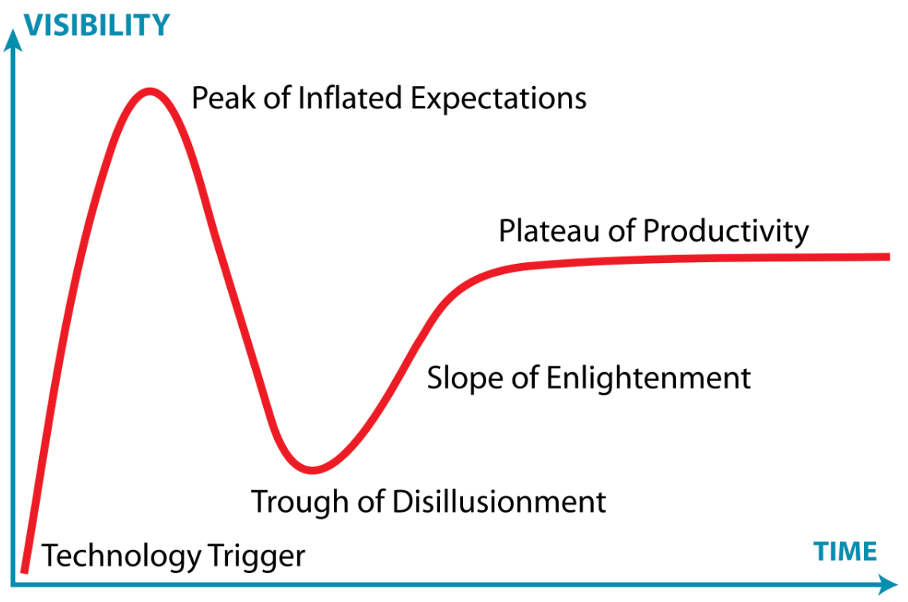 The Point is that the conceptual thinker is not at all linked to technology constraints which is great for conceptional thinking which should be cherished, but are also lousy directives for conventional non-agile E&ME installation parties (In Dutch: E&W Installatie partijen). A huge chance exists that conceptual ideas get stuck in the Trough of disillusionment forever if a breakthrough is not made in some way (a true integrator perspective and execution elements, have to be added) Because; time, material, technology and budget are constrainted obviously. The Plateau of productivity will contain a new reality.

Now lets’ talk managing climate for our mid-size Office building through an app:

Our casus at the Flow Houthavens Amsterdam:

We have a renown advisor for Climate controlling “@ our service”

Our Climate implementation has the following core-elements (a conventional technical buildings advisor’s territory):

This is a rather advanced but normal conventional mechanical engineering setup to manage climate in a building. Which will work in a controlled and autonomous manner in this setup.

For it to work in combination with an app we just need to connect it to the app, don’t we?

Actually it works a little different, we need to add the following to the pudding :

All of these elements when working together should let an app work fail-safe and real-time for an end-user.

However, if a mistake is made in any of the items above it might just happen that in a certain area the app makes the call to increase temperature and it start increasing temperature in a zone somewhere else because a zoning numbering mistake was made (actual case)

Imagine how this has to be fixed and how many different disciplines need to work together, then.

Obviously we failed a few times in setting up such an environment :

We have undergone full string testing and commissioning to make sure all elements anywhere in the building work in a correct way.

Our lessons learned have been documented and put together in a script for it to be reproduced in a controlled manner.

For IT integration folks and solution providers seems like is a walk in the park been there done that.  Working with the construction and technical installation branch makes it very challenging as the fundamentals of both branches are almost the opposite, which I will explain with great joy in my next paper at the end of the month.

The text above is a strongly reduced representation of the integration work that needs to be taken into account for when Smart building services are implemented after which these still have to be operated (as a Managed Service).

Hope you enjoyed this paper as much as I loved executing the technology integration in it.

Follow us on LinkedIn:
The Flow Technologies
Marco Vrijburg